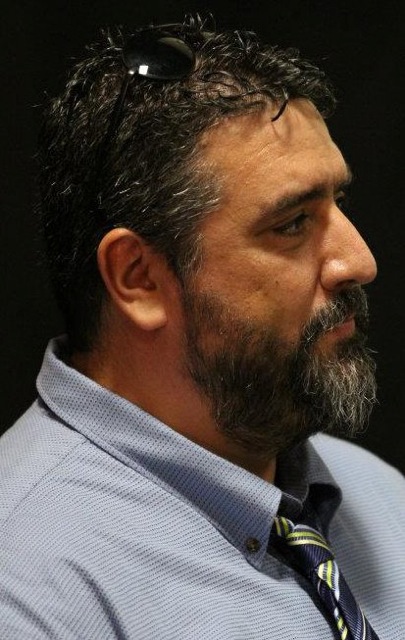 Thor Moreno is one busy man and a name you should all be aware of. An independent filmmaker and founder of Global View Productions, still riding high on the success of his thought provoking feature 'I Think I Just Saw The Devil' which explores how chance and human action combine to force three peoples lives to intertwine once again after one significant event in their past, he is now full steam ahead toward his next exciting project.

I receive a lot of correspondence from those aspiring to live their dreams in the crazy world of film for tangible advice from those who do not simply just talk the talk. That's exactly what we've got for you as Thor graciously took some time to answer a few questions.

What first triggered your interest in film-making?

I have always wanted to make movies . My brother and I used to act out scenes from "Return of the Jedi" and "Raiders of the lost Ark".

Who would you quote as your biggest inspiration?

I have been fortunate in my life to have people that inspire me for different reasons. But if we are talking about film, I would say the Coen Brothers consistently make me want to get better.

Where do you find your own inspiration?

I am not sure how healthy this is but, I get inspired to work harder and push the envelope further by those who dislike my work.

What's the best part of the film-making process?

In my opinion, my favorite part is the editing, because that's when you see the film come to life.

What genres, filmmakers and films fire your imagination?

Jonathan Glazers 'SEXY BEAST' is one that gets me going. Also Fabian Bielinsky's 'AURA" is fantastic. I would be lying if I didn't put "PULP FICTION" in there too.

You wrote and directed 'I Think I Just Saw The Devil' what inspired you to bring that feature to life?

"DEVIL" was originally a short film about a ex-enforcer that comes home to take care of the music producer that rapes and murders his little sister. When producer Aleksey Solodov was brought in as the Executive Producer, he created an environment that was financially and creatively more conducive to it being the the film that was ultimately made.

Can you give us a brief description of the process from script to screen?

For me, once the story is written and flushed out, we approach producers with the  budget. Once we have secured financing, its on to casting , locations, and rehearsals. By the time you get to filming, its one of those things where there is no looking back. I literally take a deep breath and trust in the fact that I have tried to prepare for every scenario.

Can you tell us what sort of budget you were working too and whether you feel that took away from the project or in fact added to it overall?

By Hollywoods standards we have no budget. I could always use more money, but who would say they have enough? The key for me is to know how to spend what I have, and tell a great story. The audience does not care about how much you spent on stunts or craft services. Do they feel they left the theater entertained? That's my job.

How did you drum up interest in the project?

Word of mouth. We work just as hard finding ways to promote films as we do making them.Facebook is a tremendous tool. Reaching out to other film makers, writers, bloggers, and film lovers. 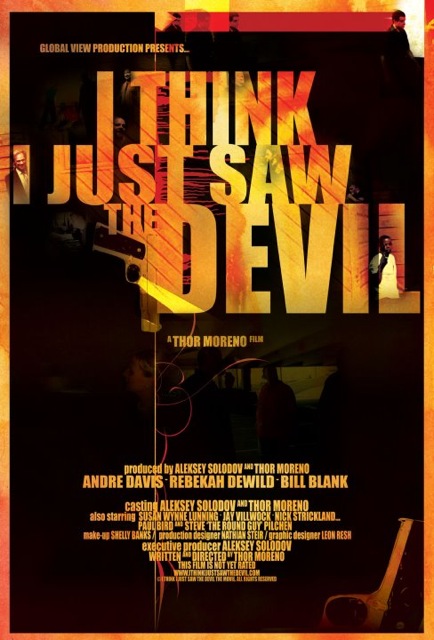 A remorseful enforcer in hiding is forced back into the life he left behind in order to keep his new family safe.  An abused young mother plods through her dysfunctional life, dwelling on a decision made years ago. Now after witnessing the murder of her best friend, she must navigate through the dangerous obstacles brought on by what she's seen. And finally a women hating, alcoholic who inadvertently sends a young girl to her death. Suddenly, he becomes the target of a vengeful mob boss who may have more than just revenge as motive. 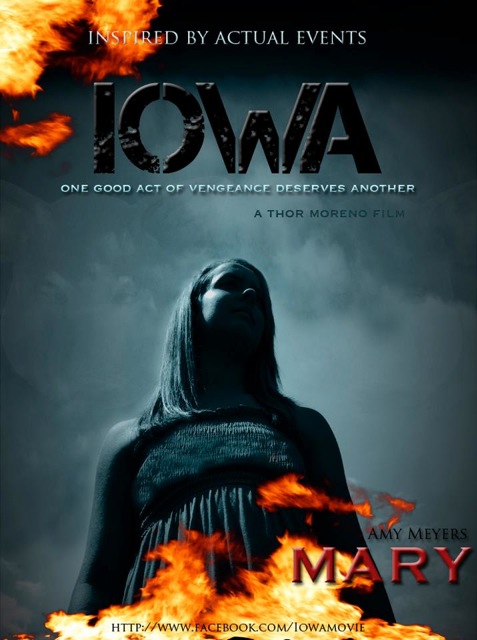 Ethan, an ex-con, is planted back into his rural Iowa hometown to start life over and build a relationship with a daughter that was born while he was inside. But a vengeful, controlling Sheriff and the peering, vindictive eyes of small town paranoia, keep Ethan and his family on edge.

With the Sheriff willing to stop at nothing to exact his revenge and Ethan desperate to keep his family safe and intact, this spellbinding thriller will keep the audience caught up and tense from the opening frame to mind blowing sequence of the last seven minutes.

What's next for you?

My new feature film 'IOWA' is about to start shooting late this summer. I  saw a news clip about American Militias in the midwest and how they are developing substantially. These people prepare for a war should our government decide to overtake Americans. These people are teachers and Police officers, business owners, and so on. I was fascinated by the idea of what would happen if  a rural Iowa family was forced to engage in a hostile takeover. It was a horrifying concept to me.

Can you tell us a bit about your plans for 2012 and beyond?

I am excited about another film I will be working on called "I AM LA VIOLENCIA" which is the story of two women that meet and become lovers while one of them is being force to plan the heist of the others very dangerous employer. In addition to this, I am also been brought on to write an epic Civil War screenplay. The story will be an action film with a romantic sub-plot.

If you weren't a filmmaker what would you be?

A Repo man…Its true, I did it for three years.

What's the best advice you've received in regards to your career?

A good friend of mine said you never fail until you quit.

Do you have any pearls of wisdom for the many budding filmmakers out there?

Never let "Good enough" be "Good enough".  Tell compelling stories no matter what your budget. I always hear people say that this is a tough business. I always hear that from people that quit or don't want more competition. If you want it, go get it.

Thanks once again to Thor for taking time out to give my followers some insight.

Please do take some time to visit the links provided, its well worth the click!