2012 has given us a season in which no one driver or team has proved to be a dominant presence on the grid.  With the resurgent Williams team once again toasting to victory and Lotus and Sauber battling with the big guns.

Pirelli, charged with the task of spicing up Formula One and making it less predictable have done everything that’s been asked of them and more.For the first time in a long while it seems that we the fans know very little less than the actual teams themselves.

Here’s how the standing shape up so far;

Fernando grabbed and held onto the top spot from 3 podiums and 2 wins. His closest challenger remains as Mark Webber who after 2 wins and a flurry of high top ten finishes remains in second.  His team mate, Sebastian holds a steady third with 2 podiums and 1 win. Hamilton is charging his way up the Championship with 3 podiums and 2 wins under his belt. Ice man Kimi is hot on his heels in 5th with 4 podium finishes.

The William’s of Pastor Maldonado and McLaren of Jenson Button have both parked in P1 spot with Jenson also taking another 2 podiums, leaving him level peggings with Romain who attained his after an impressive 4 podium finishes.

Sergio Perez has celebrated on the podium twice, Nico Rosberg has finally experienced a grand prix win and another podium in Monacco. We’ve even seen Schumacher sneaking in a crafty podium.

We have seen wheel to wheel racing not witnessed in recent years. With the making and breaking of races often boiling down to strategy and tyre wear. With a majority of the drivers finding more often than not excessive tyre wear, the nursing of tyres and guiding home of the car has become an essential ability. Others have had success with race strategy gambles.

This season has done preciously what it said on the tin – it has turned the teams upside down and even the field out. No longer do three top teams race one another as the middle field and back marker stand by and be lapped. The back and middle fields are competing as front runners but in cruel twist of fate their inexperience to act quickly has halted their progressing. The lessons learnt from this season will certainly ensure an even more unpredictable season is dished up in 2013.

As the men take their positions to make their final title stabs, the characters fall into place…

But with the ever changing fortunes of those enclosed in the hectic world of formula one, I almost expect to hear the commentators burst into narration as the theme for Wacky Races infiltrates the mics.

If one were to indulge, just for a moment……… 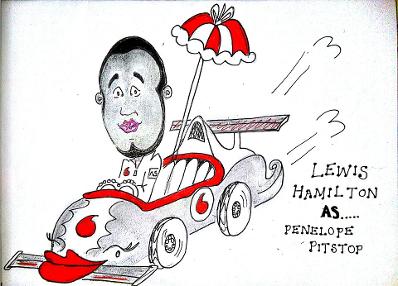 Breezing through the pit lane in a McLaren converted compact Pussycat convertible is Lewis. His car decked out with all manner of girlie beauty supplies ensuring he is always picture perfect! Unfortunately one of the grid has to take the female role of Penelope - as Lewis seems to be the most groomed of the pit it seems only fair he should get the goodies. 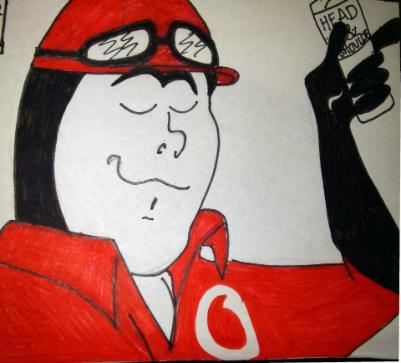 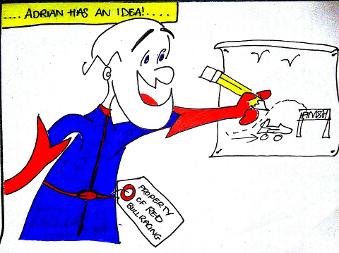 Adrian Newey's ability to design and develop cutting edge cars place him firmly into the role of Professor Pat Pending who was able to change just about anything that moves into a fantastical speed machine. 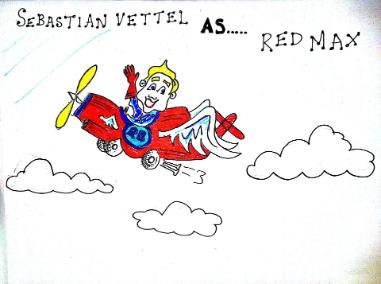 Sebastian Vettel seems to have almost modeled himself on the character of Red Max as uncanny parallels can be drawn....

Piloting a car/plane hybrid that is capable of limited flight - usually just enough to leapfrog over, he happily sours above the rest and avoids needless on track scraps. If Red Bull really did give you wings this would undoubtedly be the result. 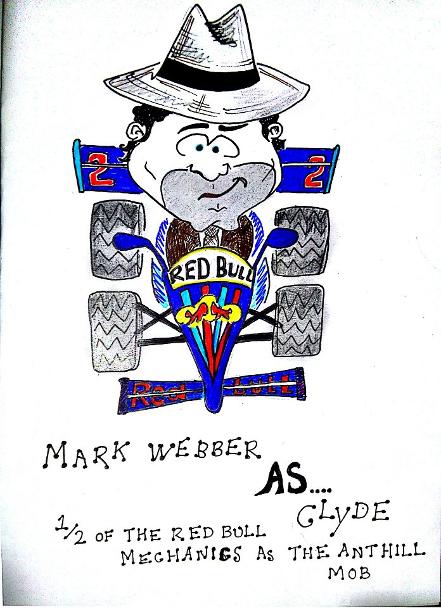 Mark as Clyde and his team of loyal mechanics on the day serving as the remainder of the Ant Hill Mob.

Webber’s method of improvement when experiencing failing systems could be  "Getaway Power," which is achieved by extending their feet through the floor of the car and running.

Something which in previous seasons would have probably been more effective than relaying on repairs to a stricken KERS failing and power struggling car. 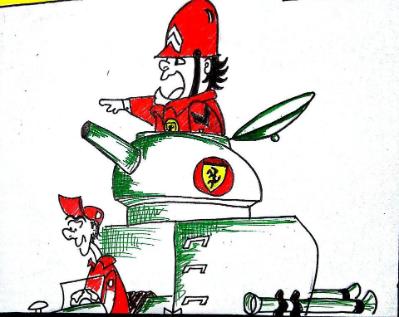 Whilst Fernando Alonso doesn't quite "Blast" orders around in the drill-sergeant manner of Sergeant Blast but is is unquestionably the one calling the shots at Ferrari as Felipe Massa follows orders largely without question. 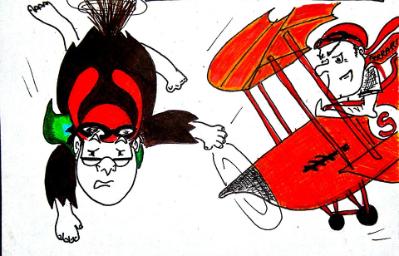 Michael Schumacher seems to have developed a second personality over the years to become the Dick Dastardly of the sport. Dastardly's plans were always foiled either by his own or his side kick Muttley's incompetence. Sometimes by the other racers or through plain old bad luck. In most cases, if Dastardly had not bothered to cheat at all he would have won fairly. Ross Brawn takes to the stage as his long time pal and partner in crime Muttley. 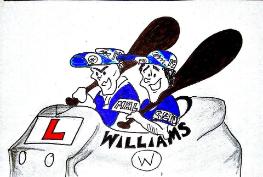 William's new line up equates to not only a point scoring duo breathing new life into an ailing team but also a volatile accident waiting to occur.

Collectively they have 3DNF and 7 penalties and we're only mid way through the season.

Pouring liquor into the stove of the car for a quick speed boost, driving so relaxed and in control that uses his feet to steer, half asleep are many amusing incidents I can see Kimi completing. If Kimi and nice guy Nico temporarily united for some driving lessons, I fear this may be the result. 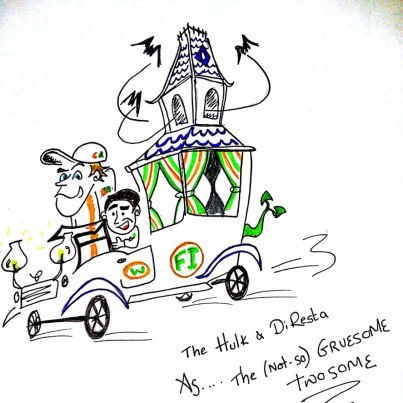 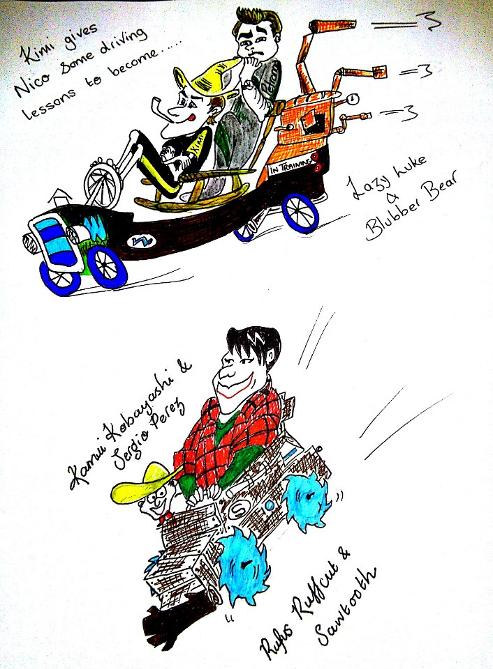 Finally is the Gruesome Twosome who will be portrayed by Paul Di Resta and Nico Hulkenberg.

With the affectionate fan nickname of 'Hulk', it seems only fair that Nico takes on the role of Big Gruesome who relays on his brawn whilst strategic man Paul who some willl say uses mind over matter plays Little Gruesome.
Tweet
All images copyright of Carly Street