“It's really fantastic. When you go around the factory and meet everyone involved with the team today and think about what they have achieved as one big force working together, then it's very special. All the hours that everyone works and the effort that goes in from every single person - many spend a lot of time away from their families at the factory and the track. It's great to be able to come back here and thank everyone for everything they have done and achieved as a group together.”

“They have always worked hard, but this year has by far been our toughest challenge, it has been the hardest championship – Constructors’ and Drivers’, as we have really had to fight our way back into them and that it what has made it the most gratifying in many respects. The sacrifices made, the personal sacrifices, the time that is given up away from family and friends particularly here in Milton Keynes has been remarkable. The reason this team is so successful is because of the spirit that exists in the team, because of the desire, the way that we work as a team the way we work as one unit. You know, there are so many heroic stories this year of people going beyond what they are asked of to deliver, to get performance to the car, to get parts to the circuit, to get development into the wind tunnel, to hit all of these targets and what you see on a Sunday afternoon is a very small percentage of what is involved in a Grand Prix Team and this Championship, a triple Championship, would never ever have been imaginable without the commitment and dedication of the staff here” 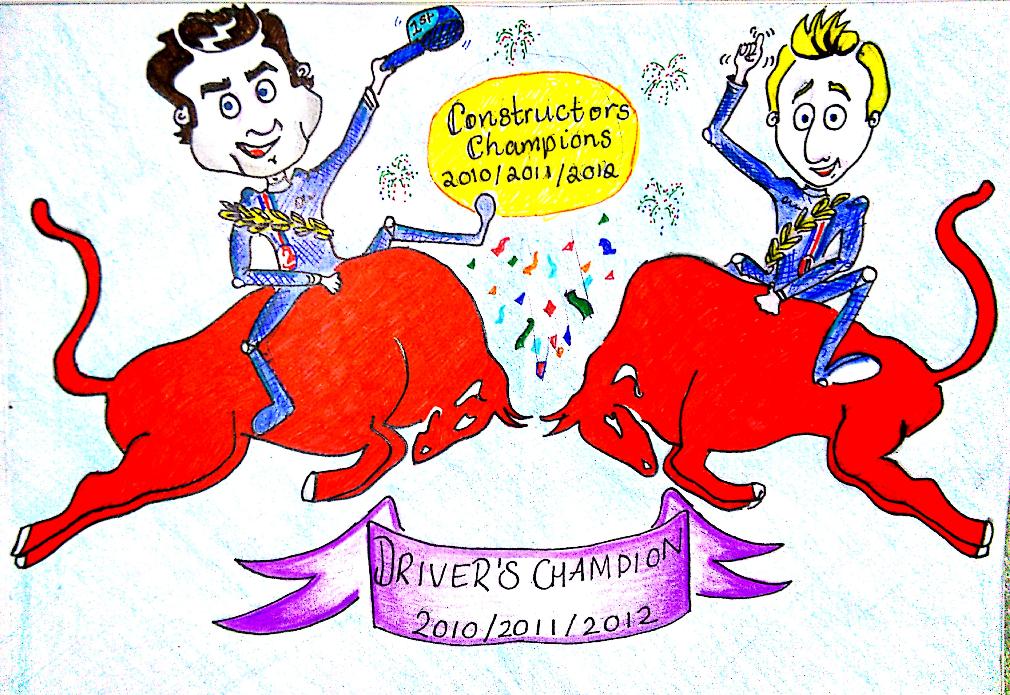 Treble winners in both the driver’s championships and  constructors titles in seven seasons sounds pretty ominous if your not Red Bull racing. Their rise to the top has been an eventful one. Many believe it is simply a matter of recruiting and discovering a once in a generation gem of talent – Sebastian Vettel. In actual fact it is a culmination of many years’ blood, sweat, tears and disappointment. The likes of Christian Klien, David Coulthard and Luizzi had to taste the disappointment in order for the design to progress. I want to dissect and discover what really makes Red Bull tick.

The team, built on the ruins of Jaguar and with a Cosworth powered engine, collected more points than its predecessor had over the two seasons previous (2003/2004)

The team poached Adrian Newey from the clutches of McLaren and put him to work on creating a point chasing car. What he initially created was impressive but plagued by reliability issues, an aesthetically pleasing creation but with a painful Achilles heel. The design was nurtured, a Ferrari engine was added to the mix and slowly but surely it began to yield results. David Coulthard delivered the first podium at Monaco in 2006.

2007 brought new additions in the form of seasoned driver and former Jaguar pilot Mark Webber as well as a switch from Ferrari to Renault powered engines. In 2008, DC announced that he would be retiring from the competitiveness of the sport but didn’t allow himself to be extracted from it completely.

Remaining on as a consultant, he continues to be involved in the team and share in their wealth as it blossoms.

If we examine the dimensions between Webber and Vettle, we can see previously why the team remain with the same drive line up for five years.  Webber and Vettel push one another to their competitive limits. Their relationship appears on the surface straight forward but if we sniff beneath the surface we can see it is quite a complex and challenging one. Neither wants to yield and neither wants to let the team down thus when backed into a corner they will defend one another and their competitive nature propels the team forward. The lessons learned in driver management have only served to benefit the team with a stark contrast in attitudes displayed throughout the final race of the 2012 season in Brazil. A race in which we saw Webber stand aside to allow his team mate through and then serve as rear gunner to ensure as best as he could that the position was held. I don’t believe it is beyond the realms of possibility that if the boot were on the other foot Sebastian would have done the same. For both drivers the most important two things remain as the right to race and getting results for the team.

When comparing to established teams such as Ferrari and McLaren who have existed since the 1950’s it serves to show how quickly Red Bull have escalated since its inception a mere seven years ago having become almost as mighty. Red Bull continue to grow, not just as a successful F1 team or energy drink to popular with people partial to vodka but as a brand. Their quest to inject a little fun back into a serious sport continues to raise the bar and hold interest. The Red Bulletin promotes and highlights the support the brand offers not only to aspiring drivers but to those with aspirations of any kind.

I believe a big factor as to why Red Bull has risen so rapidly through the ranks in recent years is down to the unity the team shares. They push every single member to think individually and outside of the box but when it comes to it they move as one cell. The team has been put together much like the car they unite to drive to success. Each part lovingly molded into just the correct fit. The team really is everything.

"From the bravery and skill of the drivers battling for titles, to the vision and brilliance of the Paddock's engineers and designers, Formula One is a sport which often celebrates individual achievement over team effort. However, the truth is that no such achievement could be realised without the commitment, passion and dedication of a host of unsung heroes in the garage, Paddock, Factory and the wind tunnel. In short, the team is all." 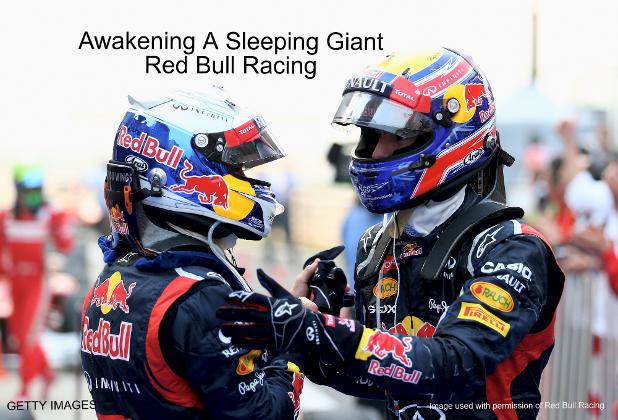 "He's not happy if I'm ahead, I'm not happy if he's ahead, it's as simple as that. I think in a way that's how it should be. Obviously if you start crashing in to each other - which we have done as well! - then it's not so good but I think overall the team is happy and we respect each other, so I think that's the most important thing."

- Sebastian on his relationship with Mark

“We’ve been up and down, probably like any relationship or marriage. Sometimes its great and sometimes you need to work at it a bit more.

We obviously have good respect for each other. I think ultimately what’s at stake, its not possible for us to be super close but in general it's good.

It's quite funny after India, apparently the German media were picking up on something where we were into each other big time and having huge problems with each other, but I was on Seb’s plane that night together travelling with him.

With team-mates it's always a testy relationship where I think you get closer when you stop. Its like with David Coulthard and myself, we were okay as team mates, good respect, but as soon as you stop the guard comes down and you are closer….”.

- Mark webber on his relationship with Sebastian

Controversy seems to linger over the head of the team and they have been the centre of numerous investigations from engine mapping to the car being investigated in terms of safety. Dr Helmut Marko, Red Bull's motor racing consultant, described it as nothing more than "It is the jealously of poor losers, throwing mud and hoping something sticks."

There certainly isn’t any apparent shortages of mud slingers but as yet nothing seems to be sticking. They have fended off the charges and continue to ignite the grid however their radical thinking will likely continue to encourage speculation and microscopic examination. All the front runners have suffered charges and qualms, why should Red Bull be any different? Their willingness to inject cash into the team and individual members has come to fruition. Their young drivers program continues to produce promising drivers and sister team Toro Rosso provides them with an outfit in which to cut their teeth on. A successful outfit which has produced some impressive finishes in recent seasons.

With the new season ready to kick off in less than 40 days in Australia, only time will tell whether the team can continue their current path of success. Ayrton Senna once described the sport that snatched away his life as "...it’s political and it is money...".  At some point the devil will appear on the shoulder to temp Red Bull into the spot light and away from its values. Perhaps it has already and been vanquished. If they can remain then it will ensure the lasting element of fun and talent remains in the blood thirsty sport and hopefully they will continue to show us that you don't have to be walking money bag to work in F1, you just have to talented and a team player.

I would like to thank the Media Department at Red Bull for all their assistance in the creation of this article.

All quotes and content used with permission of RedBullRacing.com